#Unclasped
A solo arcade game to promote and celebrate bralessness outside of a sexual context. This game is played inside a private, enclosed fitting-room-esque booth, while the player is topless. The player embodies a woman going outside her house braless, gaining allies and dodging cat callers using the custom-made [M/Boob] Controllers to cover their nipples.

#Unclasped is designed to empower women like myself to be comfortable in public spaces without wearing a bra. The piece combines the privacy of a physical booth to create a space for unobserved play, controllers specifically designed to be played with breasts outside a sexual context, and a comical game that follows an individual gathering allies to support their bralessness.

The game begins with the main character leaving their home braless as their supportive feline companion warns of judgemental humans as well as the potential of like-minded friends. The character traverses a city street, covering and uncovering their visible nipples in sync with the player’s actions with the controllers.

The game always leads to an eventual happy ending, when the character and their long line of Allies heads to the beach for a celebratory bra burning, reminiscent of previous feminist movements. 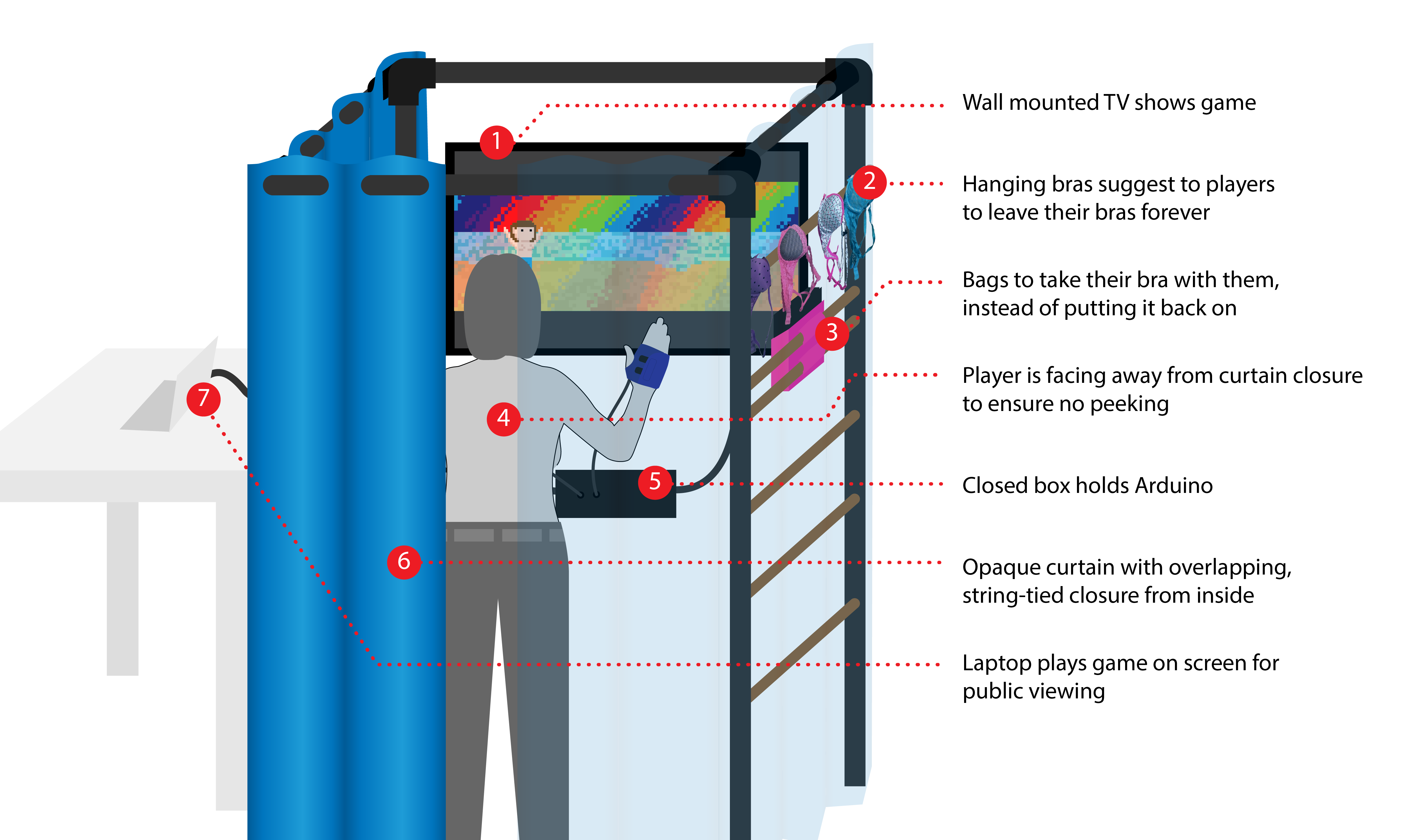 The #Unclasped booth is designed to be a private playspace in any public setting. It is transportable and can take on different meanings in different spaces: The gallery or convention setting provides the safety of artistic freedom for curious visitors that are willing to participate in unusual experiences. The spaces outside bra retailers create a public protest by the juxtaposition of context. At the scene of a public protest for nipple freedom, such as Go Topless Day, the booth becomes a tool for allyship. 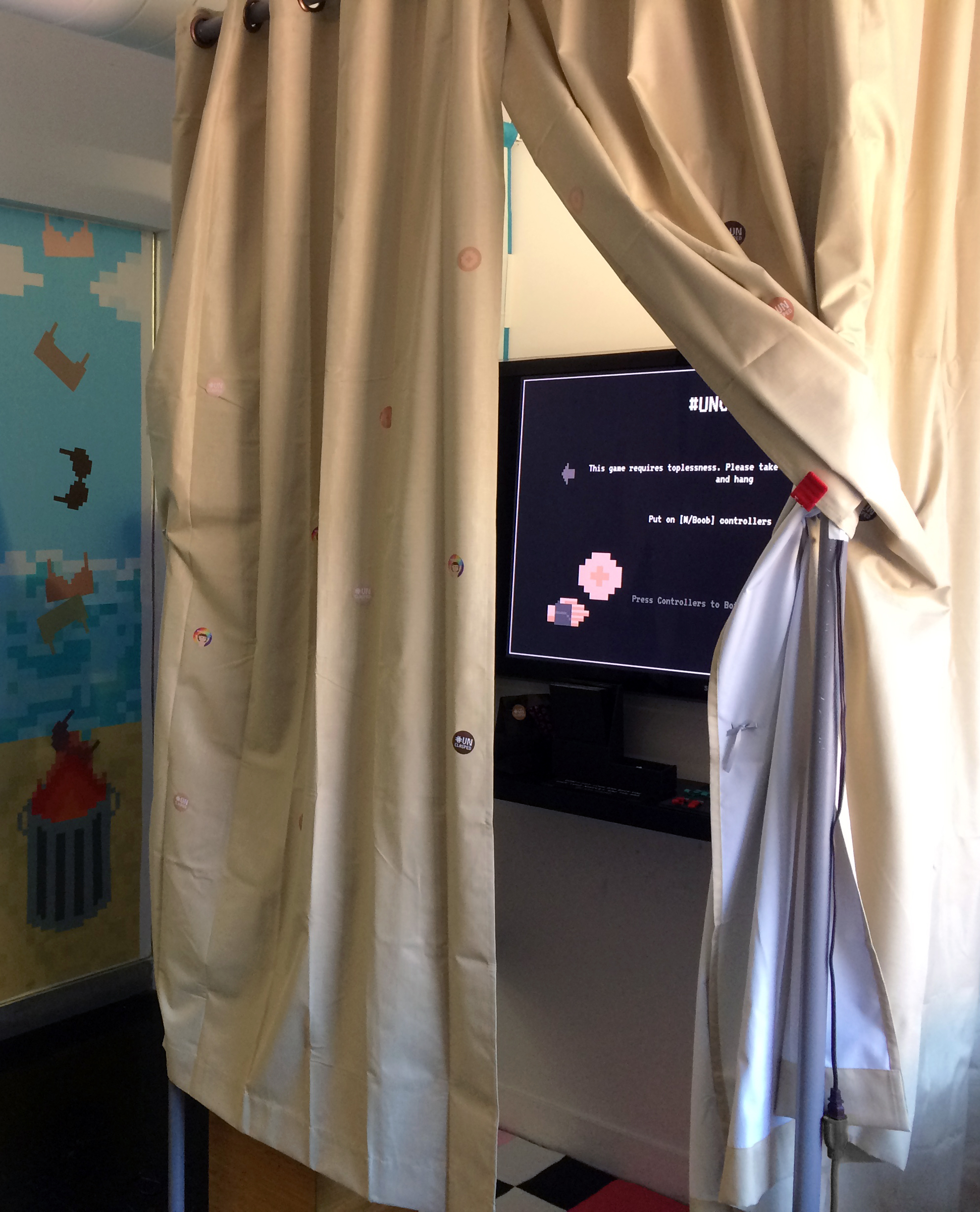 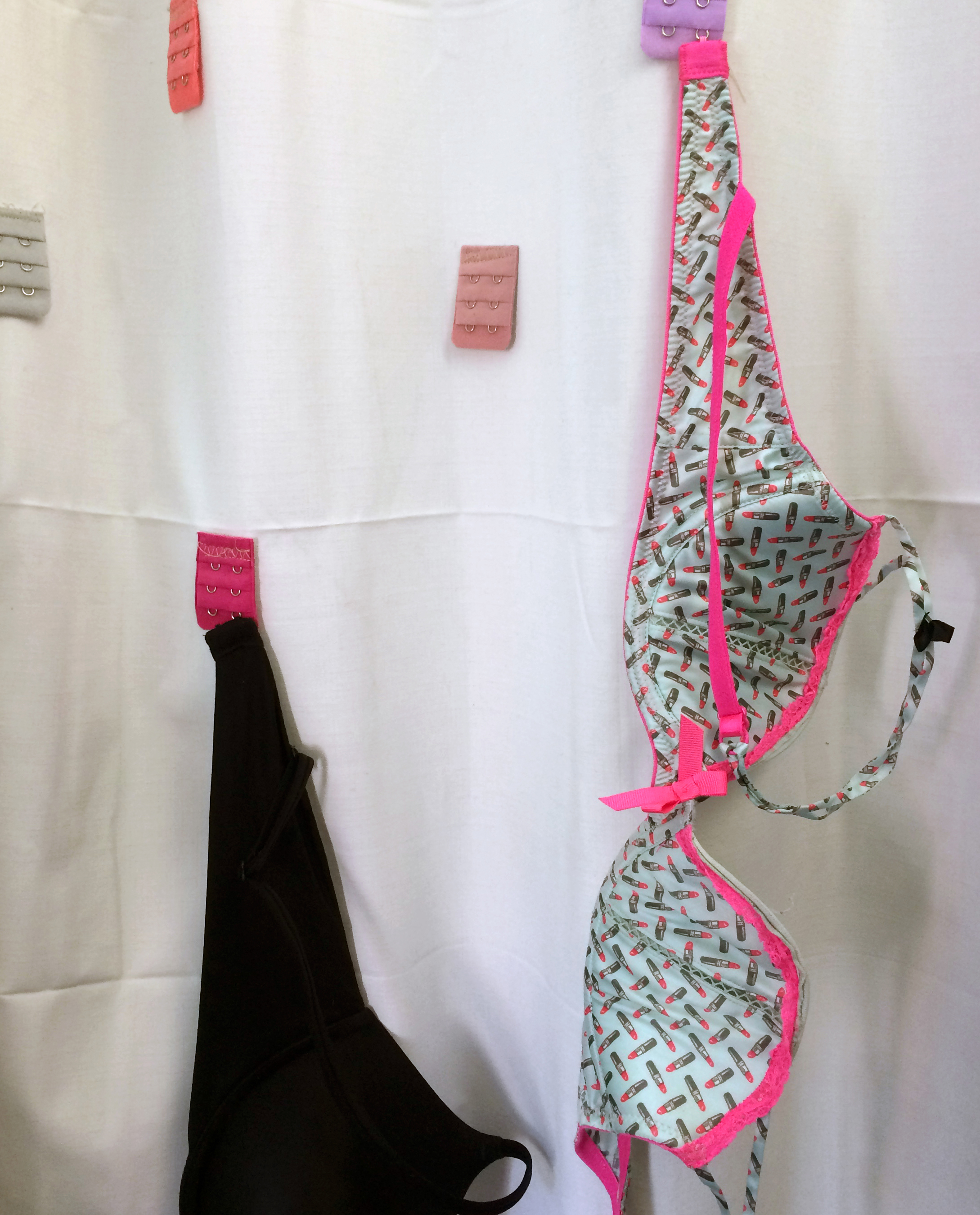 The [M/Boob] controllers are designed to interact with nude breasts (skin contact) so that players must be topless in order to participate in this experience. Players use these controllers to repeatedly cover and uncover their breasts to symbolize the act of putting a bra on and off. This movement becomes associated with a sense of ridiculous censorship that is the politics of female breasts. The controllers are named [M/Boob] controllers to be explicitly inclusive of male players. Though this game ultimately hopes to target women frustrated without wearing bras, it also asks for allyship from men by experiencing the game character’s desire to be braless without judgement. 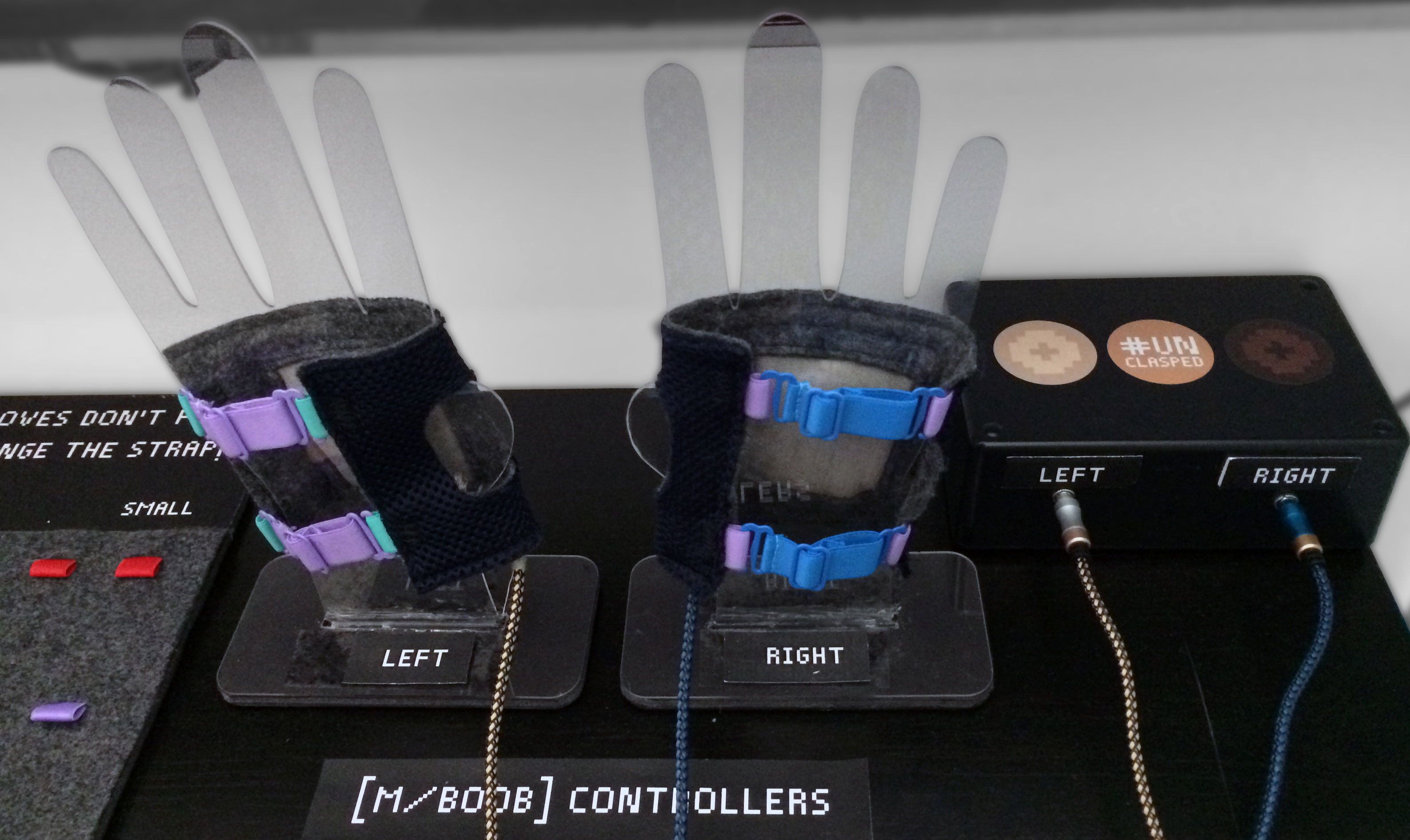 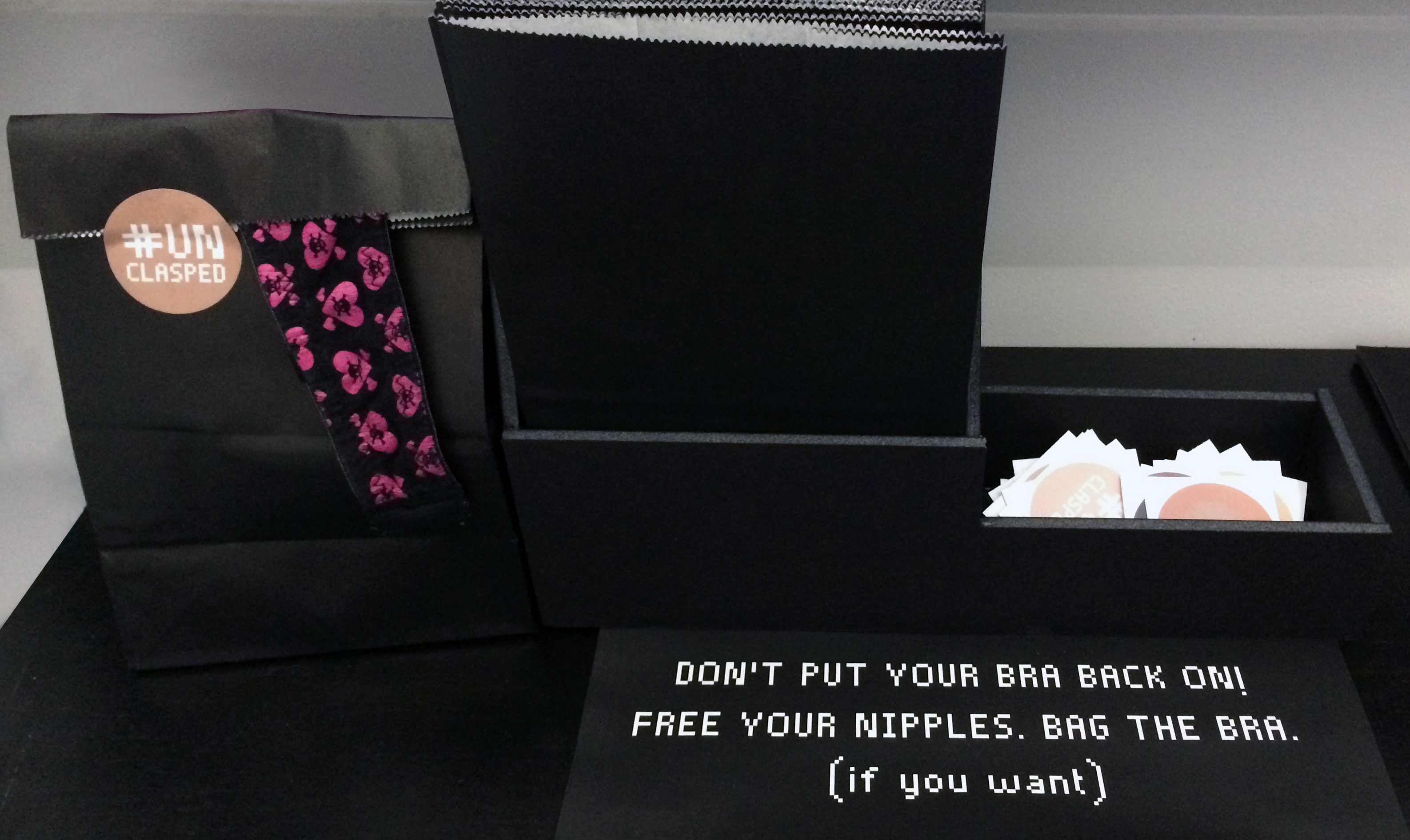