A game of darts that uses the spatial area of state-specific dartboards and the player’s relative distance from the board to elucidate the breadth and depth of abortion restrictions by state. The gameplay experience is meant to physically model the relative difficulty of attempting to get an abortion in a “supportive,” “neutral,” or “hostile” state.

While this project will eventually include a different dartboard for every state, we began by focusing on three states to serve as case studies: New York (a relatively “easy” state); Texas (the focus of a pending Supreme Court decision in which the reproductive rights of 5.4 million women hang in the balance); and Louisiana (the state with one of the most stringent abortion restrictions).

We aggregated data from a variety of sources, including the Guttmacher Institute’s database, Remapping Debate, and ThinkProgress, in order to come up with a core set of metrics that guided the design of each state’s dartboard and rule set. See Sources 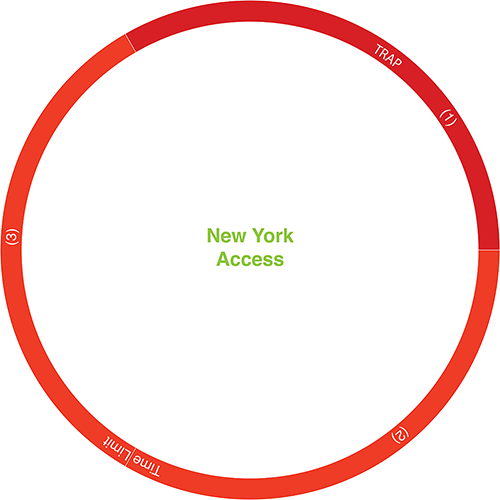 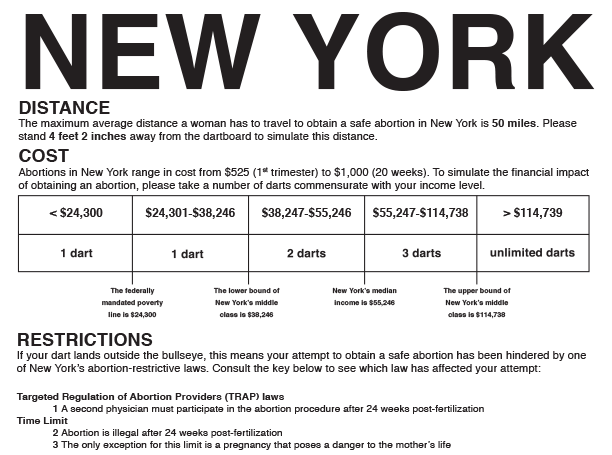 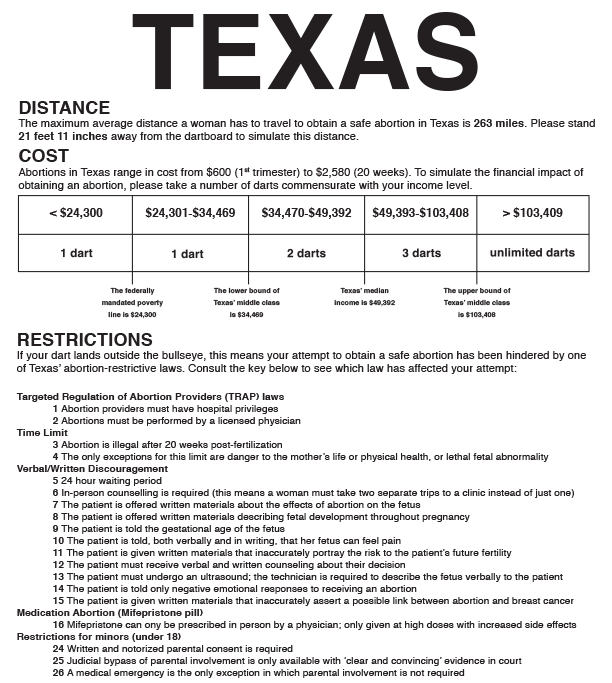 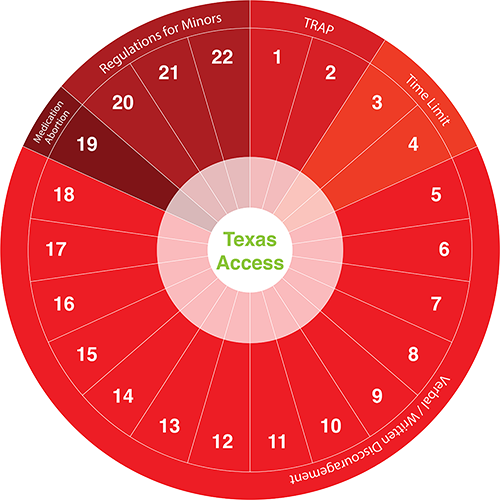 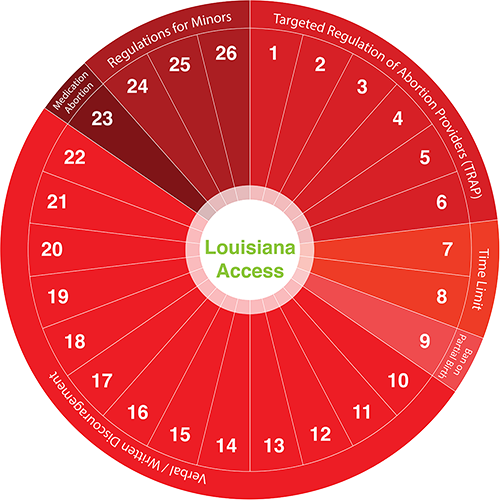 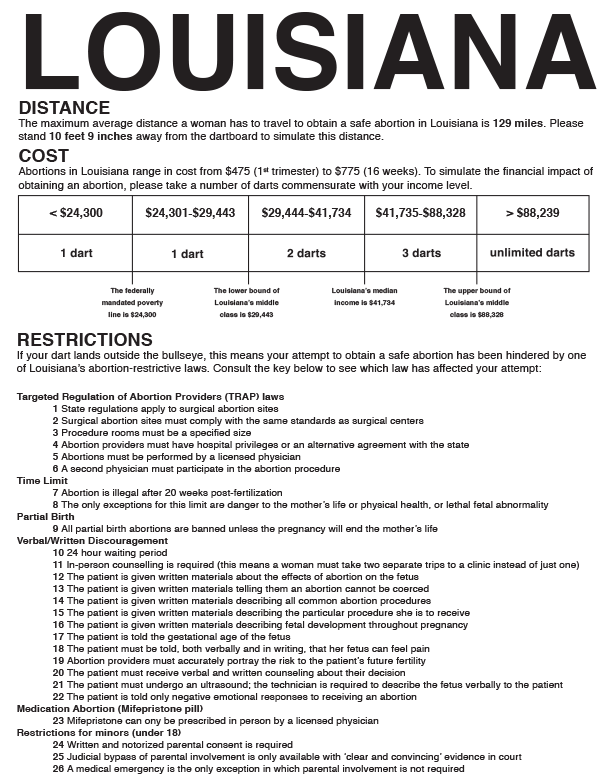 Translating the Data into a Dart Board