Constellation Installation
Worked in a group of three to design an interactive educational display about how different cultures throughout history and geography viewed the same patch of sky to project their own mythologies. 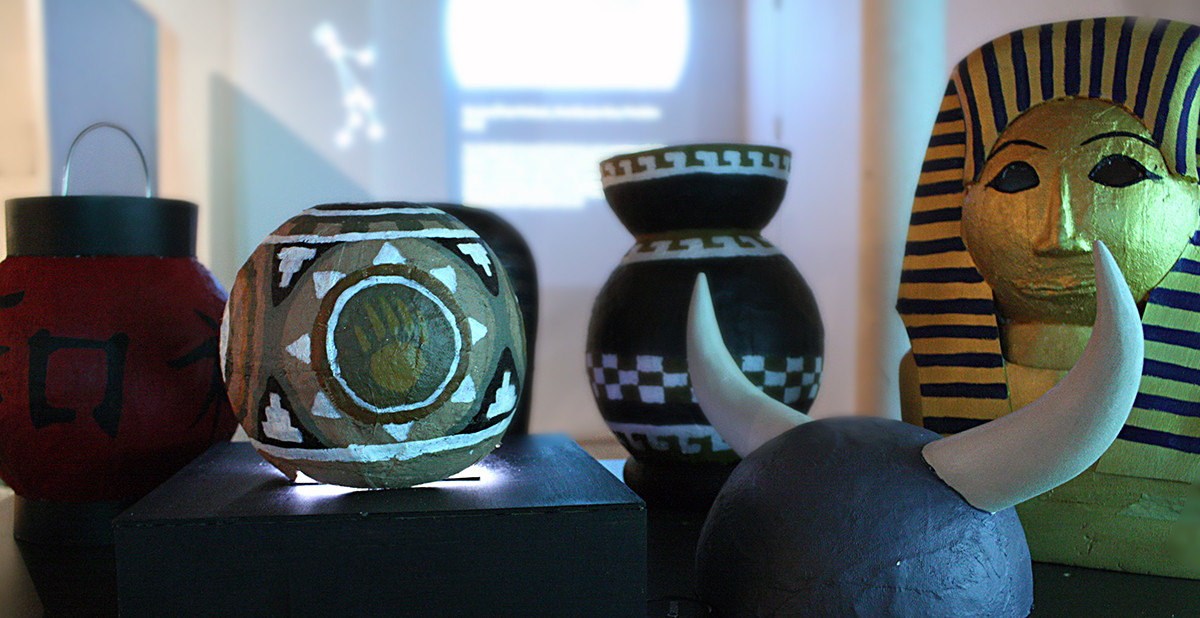 When an “artifact” representing a culture is placed on the lit base, all the “stars” (LED lights) that are not part of that specific constellation fade out.

A projector then connects the stars to show the full constellation, while highlighting the location of that society on the map, as well as the mythological stories tied to each culture’s constellation. Used ActionScript and Arduino to control the projector, and LED lights.

RFID tags were placed on the inside of each “artifact” and an RFID reader under the lit base which was then connected to a computer.

The “stars” were made from 13 LEDs and 2 sets of christmas lights, connected to an arduino and a relay squid. The arduino was also connected to the computer, and dimmed the lights up and down according to the RFID reader.