Game Rules:
1. Make an expression based on the prompt.
2. Match partner’s face and hold expression - the closer the match, the faster you win.
3. Keep playing to beat previous score together.

Created with Node, clmtrackr.js and other js libraries.

My original concept statement in the beginning of this 2 month project was to create a moment of human connection through webcam. I focused on human emotion and facial expressions, as a form of shared experience that transcends culture, race or gender.

This design went through many rapid prototypes and playtests of different game rules in its initial stages, using tools I had easily available such as Skype, Google Hangouts, FaceTime, and friends and family.

Two people privately makes the expression from this random emotion generator, and reveals on the count of 3.

Used Google Translate along with the emotion generator to test multilingual capabilities.

Created a working digital prototype that takes a snapshot from both webcam sources. It tracks and displays the facial expressions onto each other's snap shot, so users can see the difference between them

Made UX changes based on playtests: 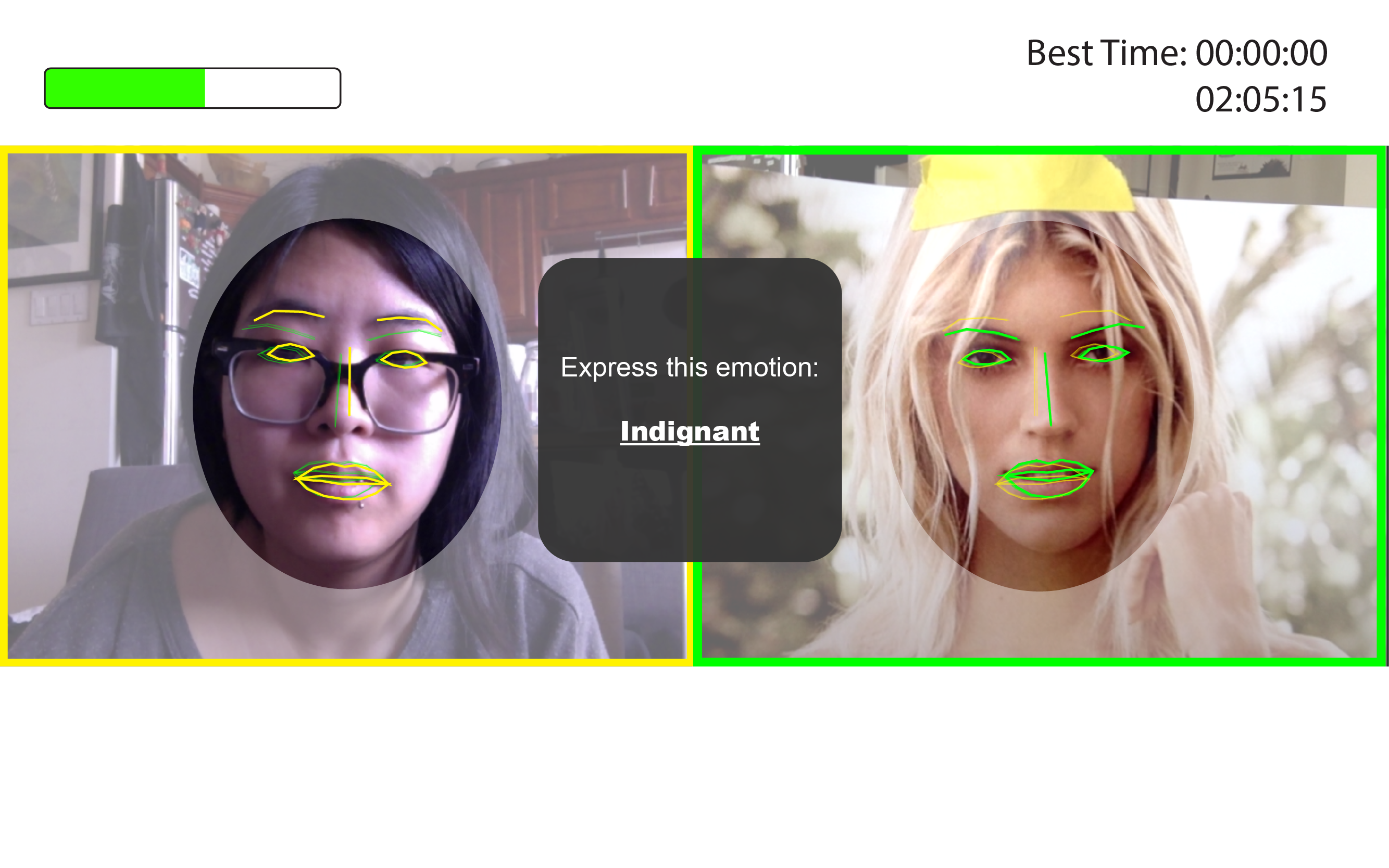