No Dicks Decoratoring App
A concept for an iphone app for decorating unsolicited dick pics, designed in the context of current online dating culture. It invites receivers of unsolicited dick pics to deface or beautify the photo, to evoke feelings of empowerment for receivers, and discouragement for senders.

Users can send their decorated photo back to the sender along with a link to a web page that uses memes to humourously[non-threateningly] discourage future unsolicited dic pics. 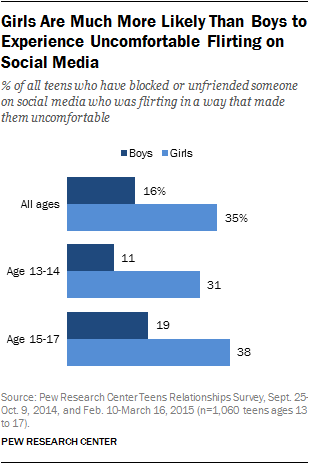 According to Pew Research Center, more than 1 in 3 teen girls experience flirting that makes them uncomfortable on social media.

There aren't any studies on the number of people receiving unsolicited dick pics, but a simple google search shows countless articles with advice or examples of clever responses women have used to dissuade further aggrievances.

But this leaves it up to the individuals to come up with witty responses. A simple 'no thanks', or silence can often provoke hostility from the rejected sender.

My solution to this vacuum, was to create a tool that uses humour to diffuse the interaction after the user has received an unsolicited dick pic. I also wanted the users to be able to make fun of the situation to lighten the mood from the event that can often be traumatizing. 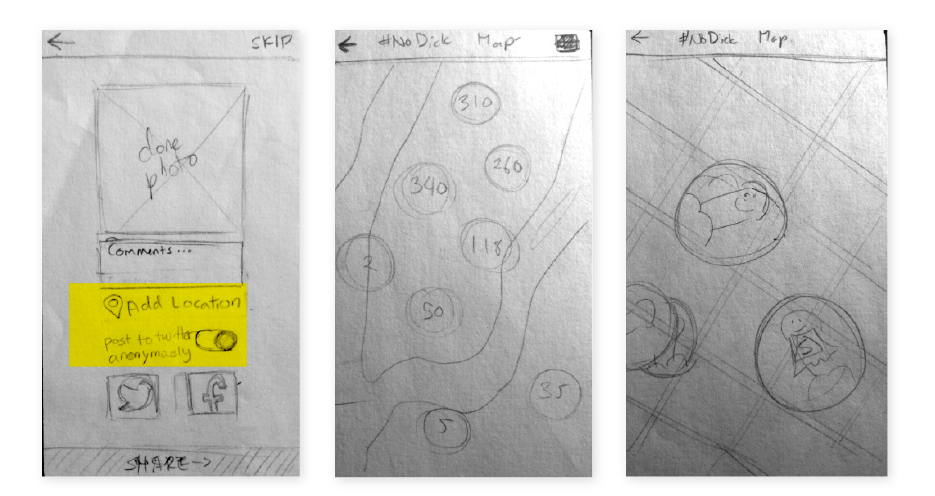 I first designed this app with a few more bells and whistles. I user tested with paper prototypes in order to quickly explore these user experiences:

My initial user tests showed that while I could go the extra creepy mile and theoretically find the location of photo senders, it would escalate a situation by allowing users to take more aggressive measures. 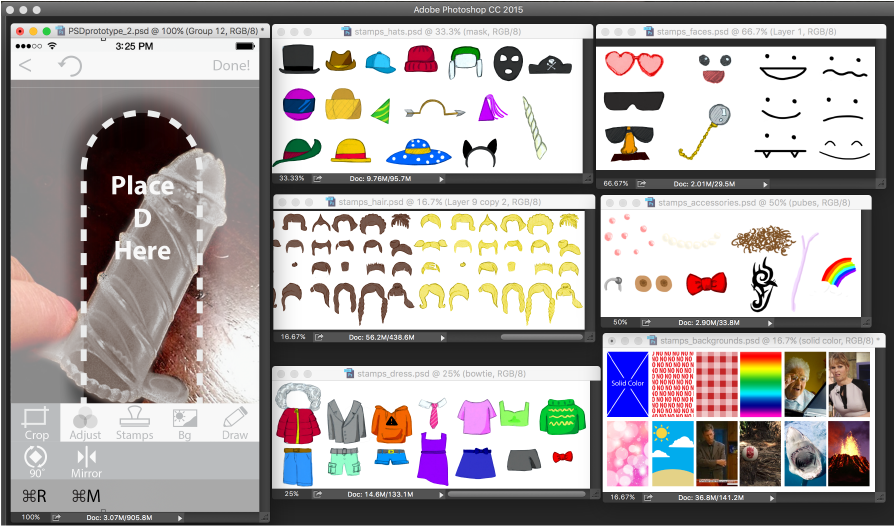 My next step was to create a prototype to test the user experience of decorating photos. Using Photoshop's ability to drag and drop layers and keyboard shortcuts for editing, I explored different decorating tools such as: 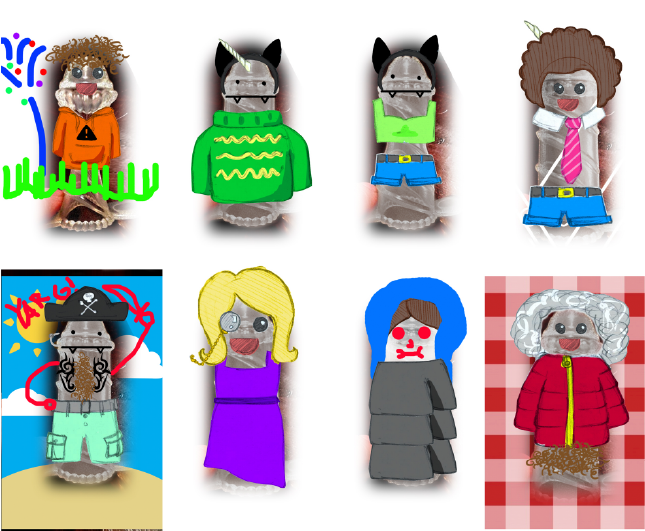 
Testing with The D 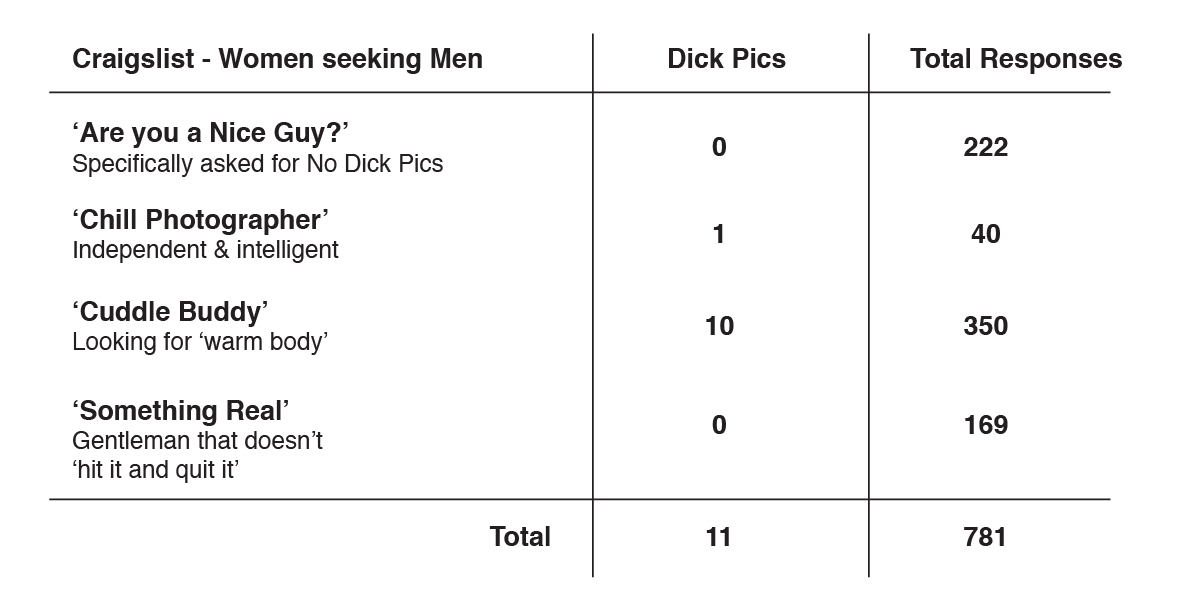 It was important to test my app with potential receivers of decorated dick pics. So I created 4 different Craigslist ads, ranging from flirtatious use of innuendos, to explicit request for no dick pics.

Using my photoshop prototype, I decorated and responded to all 11 dick pic senders, and received 6 responses back. From these responses, it definitely seems the senders meant no harm and thought their photos would be appreciated or at least wanted. Below are 2 of my correspondences: 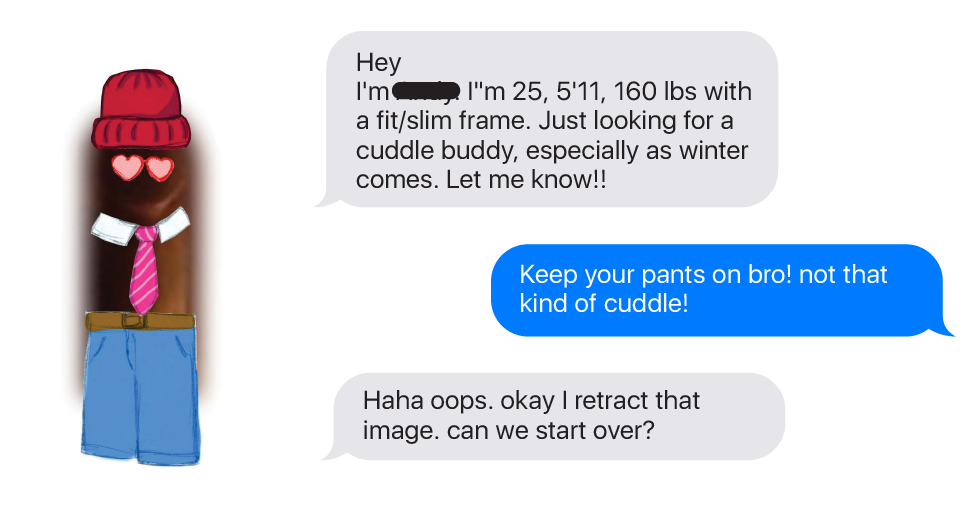 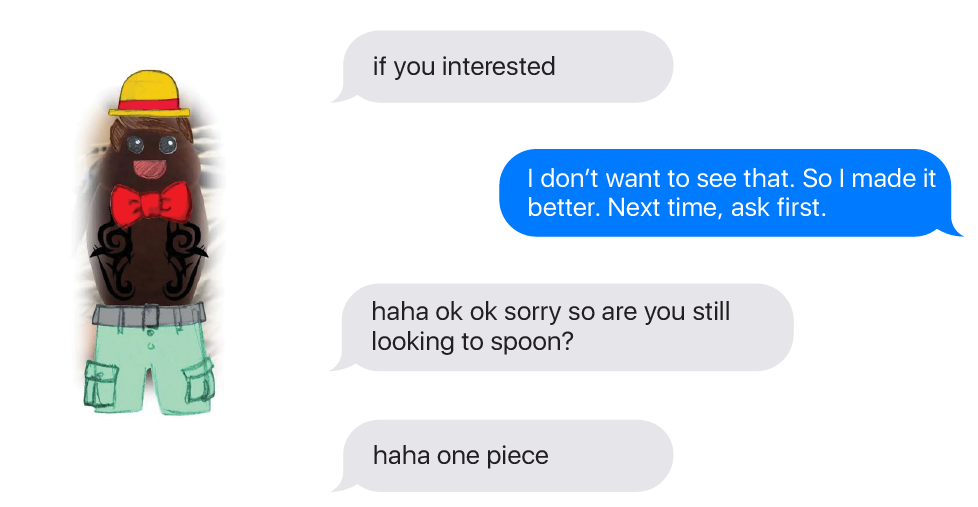 From this user testing, I learned that most dick pic senders do not send their genitals maliciously but as a genuine act of seduction. I decided that this type of ignorance shouldn't warrant a vengeful app that can scrape the photo for location metadata.

I redesigned the tone of my app to be more humorously educational, by encouraging app users to respond to their solicitors with a link that generates online memes that try to clarify the receivers point of view. 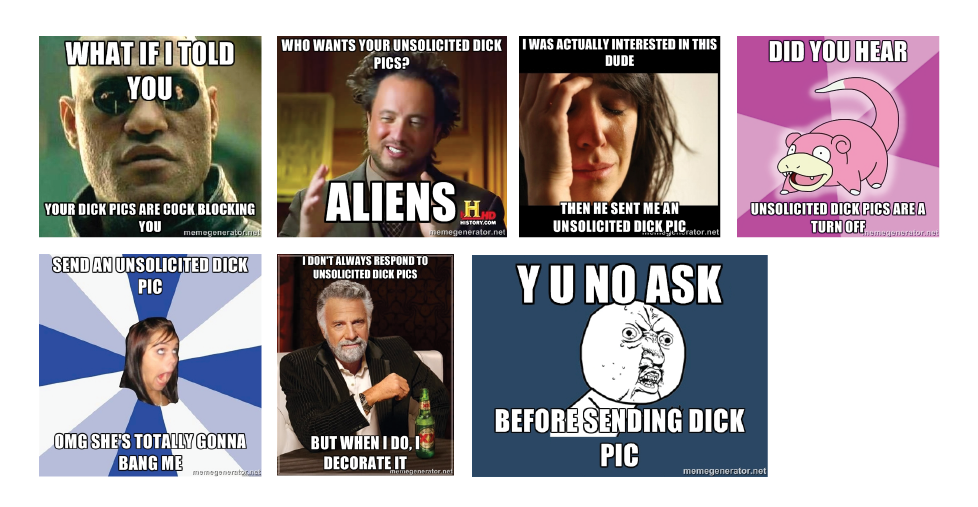